As you begin to read this blog you are probably going to wonder why the narration in your head is the voice of a man? That’s because this is Jared, and I am guest blogging this time around. I will let you know that the writing style is going to be different in this blog. That is not the only thing different between us. When it comes to traveling Rachel and I have slightly different roles we play but we always have the same goal, SEE AND EXPERIENCE AS MUCH AS WE CAN. Rachel plays the role of photographer and I play the role of Google mapper.

We’re a bit behind on the blog, so this post dates back to the first month in the new year. As it was January and the weather was unpredictable we decided take a few day trips around England over the weekends. The first weekend we went to Winchester which is just an hour and a half from where we live. Winchester is a cute town dating back about 2,000 years. While we knew that there were a few things to see and do, we were happily surprised at what we found. As we begin to walk through the town you notice a wall running along the river and all the way around what used to be the whole city. 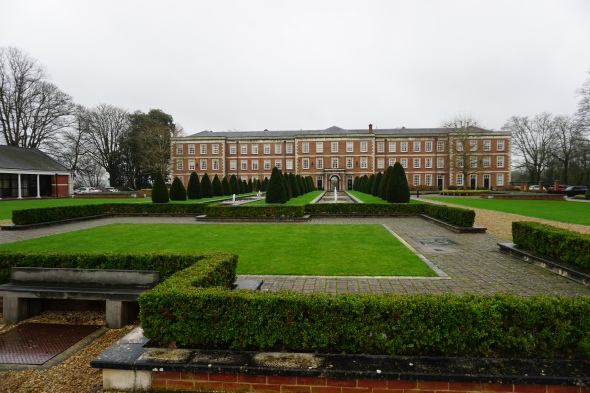 From there we headed down High Street toward the center of town. In the UK “High Street” is the main drag that runs through town and where you will find most of the shops and restaurants. Near the center of town is a main focal point, the Winchester Cathedral. We were in for a surprise when we walked inside, since we hadn’t done all of our research ahead of time. The Cathedral is the final resting place of Jane Austen, one of Rachel’s favorite authors, although not sure if it is for her writings or that Bridget Jones Diary is based on her characters. Regardless the Cathedral was beautiful.

Finally, after grabbing a bite to eat at the local pub we decided to end the day by finding a good view point to take in the whole city. To get there we had to go almost straight up and I don’t know if you have been told but England tends to be wet sometimes. On the way up the hill we affirmed that we would be going to purchase hiking shoes before we foolishly climbed another hill. But it was worth the climb where we got a good view of the city and could envision what the old Winchester looked like. 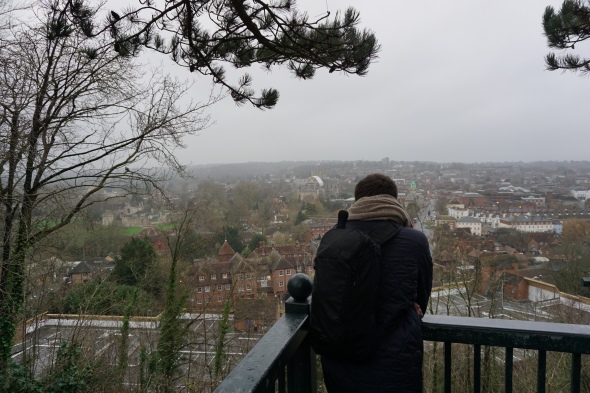 Check out more pictures from Winchester.

A week later we decided to visit Canterbury, yes from Canterbury Tales (for which I probably only read the cliffs notes). However, our pilgrimage was pretty uneventful as it is only a 2 hour drive, but once we got there the fun started. Obviously the main to-do is to visit the Cathedral, but first we stopped at the remains of a castle from 1070 AD and took in some of the city’s parks before we headed there. 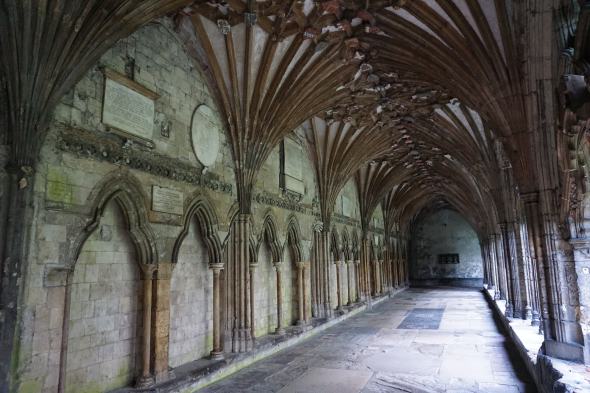 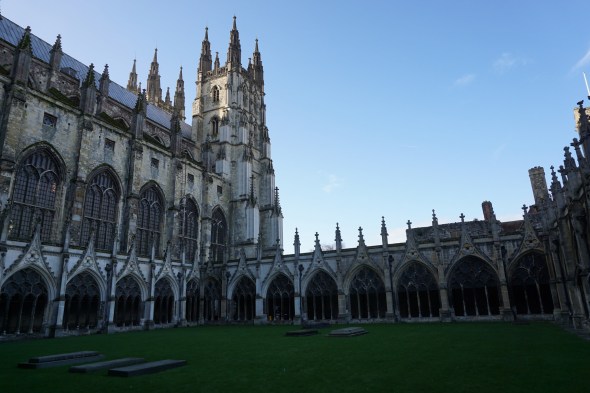 After spending the day walking around Canterbury we continued down the coast to Dover. Dover is a major port where most of the freight moves from the UK to Europe. It is also known for the Dover Castle and its White Cliffs. We visited the castle but soon realized that it was much larger than we expected. The castle included a medieval castle, church, hospital and network of underground tunnels used during WW1 and WW2 as the coast of France is visible from this point. 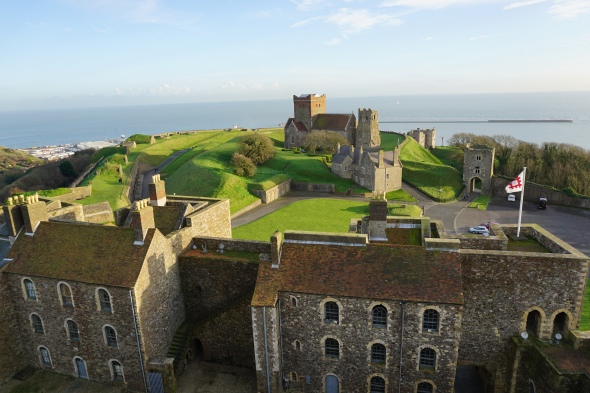 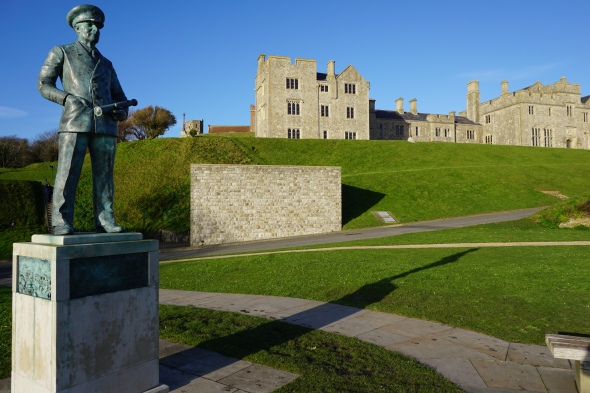 Finally, we ended the day by watching the sunset over the Dover, White Chalk Cliffs. 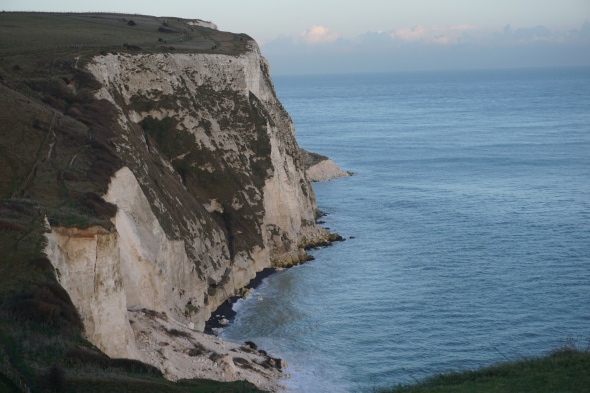 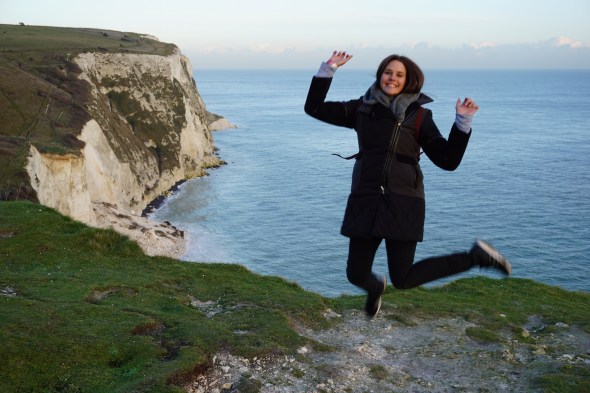 Durdle Door is a limestone arch along a southern coast known as the Jurassic Coast. It is named that as a result of the numerous fossils found along this stretch of coastline. We tried out our new hiking boots on this hike and they were definitely needed as the route we took was not on a level path. 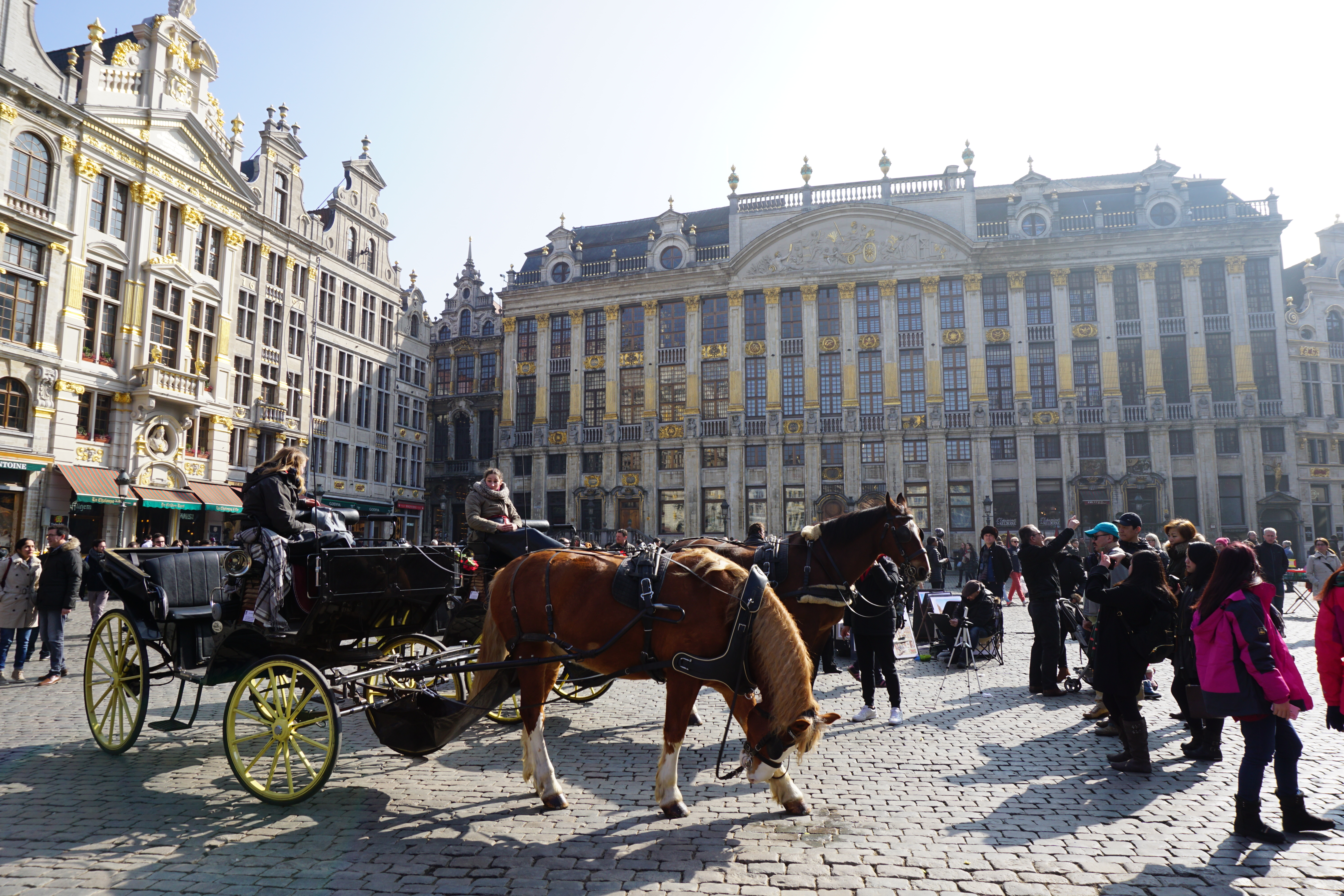